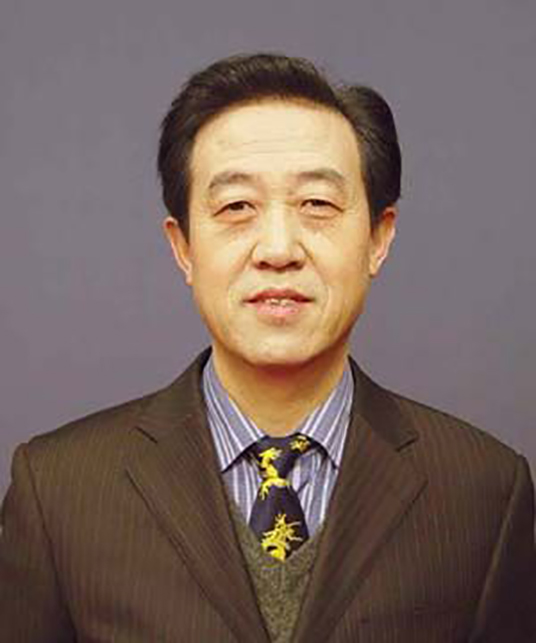 Grandmaster Chen Zheng Lei - Honorary World President Grandmaster Chen Zheng Lei (Zhenglei) was born in May 1949 at the birth place of Taiji - Chenjiagou Village, Wenxian County, Henan Province, China. He is the 19th generation inheritor of the Chen family and 11th generation direct-line successor of Chen Style Taijiquan. He has held the position of Head Instructor and Principal of Chen Village Taijiquan School, Head Instructor of Wen County Taijiquan Promotion and Development Centre and Vice Director of Henan Province Martial Arts Administration. He has been officially recognized as one of the Top Ten Foremost Martial Artists by the Chinese State Government and has been awarded the honor of National Martial Arts Senior Instructor holding of 9th Duan Wei of Chinese Wushu (Martial Arts) Grading System. He is also a Committee Member of China Physical Culture & Science Institute. 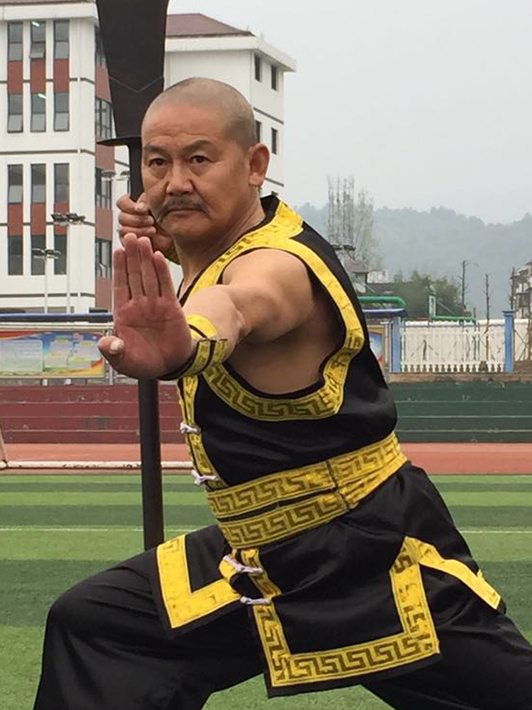 Master Chen is advisor to Five Thunder Chinese Martial Arts Association in his respective skill. Master Chen Ziming is a 16th Generation Inheritor of Wudang Kung Fu. Master Chen is the founder of the Zhangjiajie Wudang Martial Arts School and features on Chinese television regularly. He also travels the world to teach Wudang Kung Fu and with Five Thunder together we aim to promote this amazing art around the world. Areas of specialisms are Tai Chi, Ba Gua and Xingyi as well as Qigong. 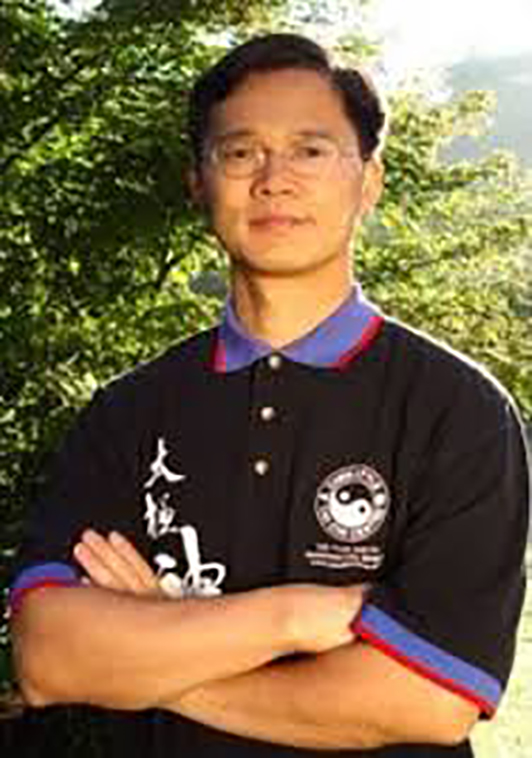 Master Liming Yue - European President Master Liming Yue originally began the study of Shaolin martial arts as a child in China in 1972. Eleven years later, amazed by the skills of a young student from the famous village of Chenjiagou he began his journey to understand the internal arts by studying orthodox Chen Style Tai Chi under the 11th Generation Chen Masters in the village. Master Liming Yue has been accepted as a Disciple of Grandmaster Chen Zhenglei in 1998 and achieved 7th Duan Wei Master officially awarded by China National Wushu Association in 2004. He holds the Head Judge on Chen Style Tai Chi and Honorary Vice-Chairman of Tai Chi Union for Great Britain. He has also been awarded a title of the 'World Tai Chi Promotion Ambassador' by Chenjiagou Tai Chi village and local government authority in China in 2009, due to his great contribution and achievement to Chen Style Tai Chi. 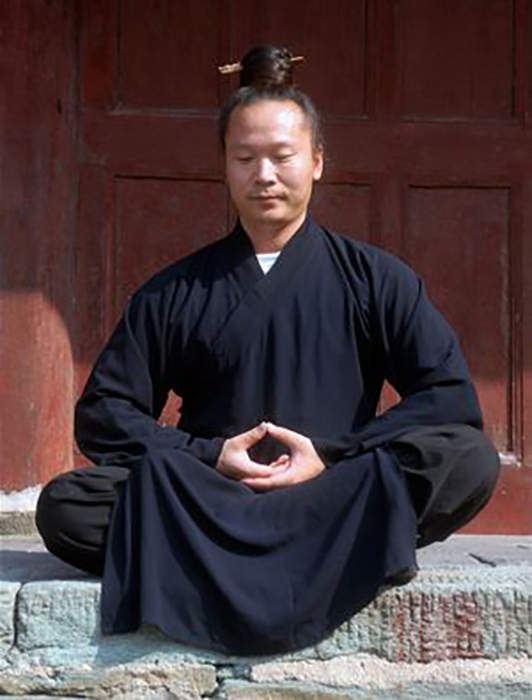 Taoist Yuan Limin - Advisor on Wudang Internal Arts Taoist Yuan Limin, born in Jingzhou City. Influenced by the customs of studying martial art at his hometown, he began to study folk traditional martial art when he was very young. For he was working very hard, the teacher loved him so much that taught him as much as possible. At the age of eleven, enlightened by his teacher, he came to Wudang Mountain to study Wudang martial art. There are many strict rules and regulations in Taoism, and Wudang martial art is just spread among Taoists only; but he was perseverant and modest to ask for advice, after many years testing and with his own good base, he finally learnt real Wudang martial art. Living in Wudang Mountain and influenced by Taoist culture, he got great interested in Wudang traditional culture. Knowing that there is a tight relationship between Wudang martial art and traditional culture, he made up his mind to work hard at culture, ask for advice from these profound Taoists, so as to make a big progress both in moral cultivation and skills application. He loves very much Wudang culture and Wudang martial art, taking it as his own duty to spread Wudang martial art. The following are these competitions that he have taken part in: In 2001, he was awarded Swordplay Champion in Wudang Boxing International Friendship Competition. In 2001, he composed a play of martial art to take part in Wudang Mountain International Tourism Festival, having made great success. In 2002, he composed and performed the main programs to celebrate the third anniversary of Macao Returning, giving Macao people the chance of enjoying Wudang martial art in their own eyes. In 2002, he took part in Wudang, Shaolin, and Emei Masters competition held in Emei Mountain, on behalf of Wudang Mountain. In the spring festival of 2002, he led a team to take part in Wudang, Shaolin, and Emei Masters competition held in ShenZhen City, on behalf of Wudang Mountain. In April of 2003, he was invited to give a performance of Wudang martial art in Taiwan Province, which became the topic of the province. He has also, as a Wudang inheritor, given many performances of Wudang martial art to leaders of central government, leaders of foreign countries and friends home and abroad. 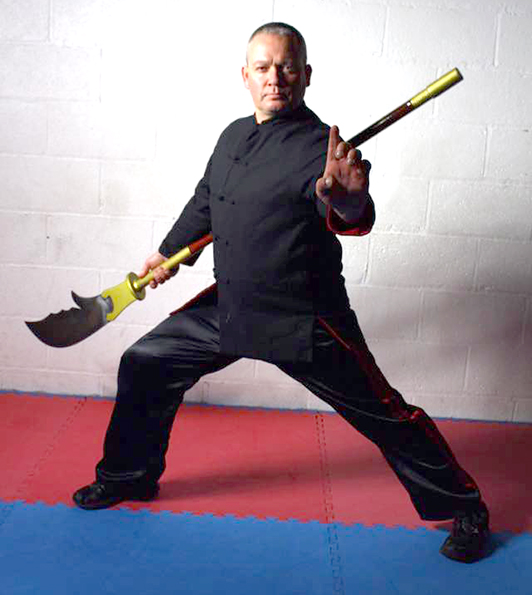 Master Steven Burton - Dim Mak Master and Principle Director Five Thunder Steven Burton has been studying and promoting Chinese Martial Arts around the world for over 30 years. During his time training he has met and studied with some of the highest ranking masters in the world. Steven Burton is holds Duan Wei Grades issued by the Chinese Wu Shu Association having qualified in China following rigourous testing. Steven has training extensively in China and Hong Kong and is a disciple student of Lau Gar Hung Kuen under the tutelage of Master Mark Houghton. Steven is senior closed door student in Chen Style Tai Chi under Grandmaster Chen Zhenglei. Steven is the 1st Non Chinese Inheritor of the Taoist Internal system called Shen Wu Lin Chuan and the Five Thunder Dim Mak under Grandmaster Li Zhiyi. He has also studied with such auspicious masters as Grandmaster Kong Jie Gou, Shi De Jun (31st Generation Shaolin Monk) and many other great masters. Steven has featured on Chinese television demonstrating his martial skill and has produced over 50 instructional DVD's on Chinese Martial Arts which have sold throughout the world. Teaching serving law enforcement, military personnel and close protection operatives around the world has given Steven the experience to bridge the gap between ancient and modern application of martial skills. Steven has also worked in the world of law enforcement for many years and so you know that he teaches from practical, hands on experience. Steven is committed and dedicated to promoting Chinese Martial Arts and the Five Thunder ethos helping martial artists around the world join together in the furtherance of Chinese Martial Arts for future generations. 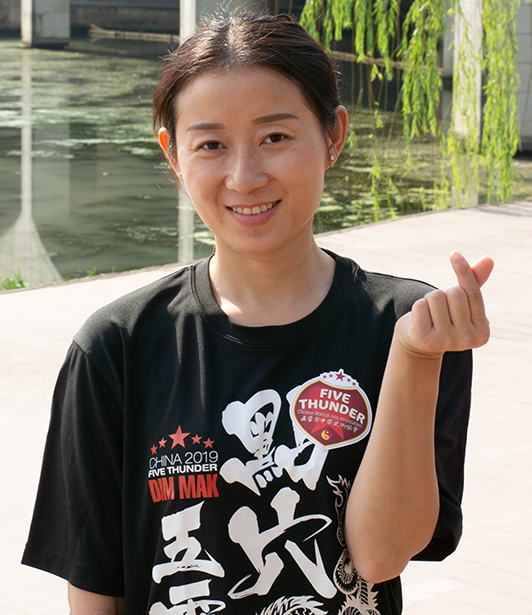 Zhang Hao "Anna"- Five Thunder China Coordinator Zhang Hao "Anna" has worked with Five Thunder for 5 years coordinating all events in China, during this time she has assisted in the direction and filming of our instruction dvd's, and also assists in our bi-annual China training trip as interpreter and guide. Zhang Hao continues to help develop Five Thunder and all international relations with China building strong connections worldwide. Zhang Hao is involved with sourcing resources for the Five Thunder members in China and using her extensive skills she tirelessly works on translating ancient Martial Arts manuscripts so that future generations can train and benefit from the teachings passed down from ancestral masters of the Five Thunder.

UNITING MARTIAL ARTS FROM AROUND THE WORLD